Covid-19 has been hard on us all. If you're struggling, these resources might help.
Made of Millions #DearManager Síguenos en
ES

A Hijacked Faith: My Story of Scrupulosity OCD

How religious devotion spiraled out of control. 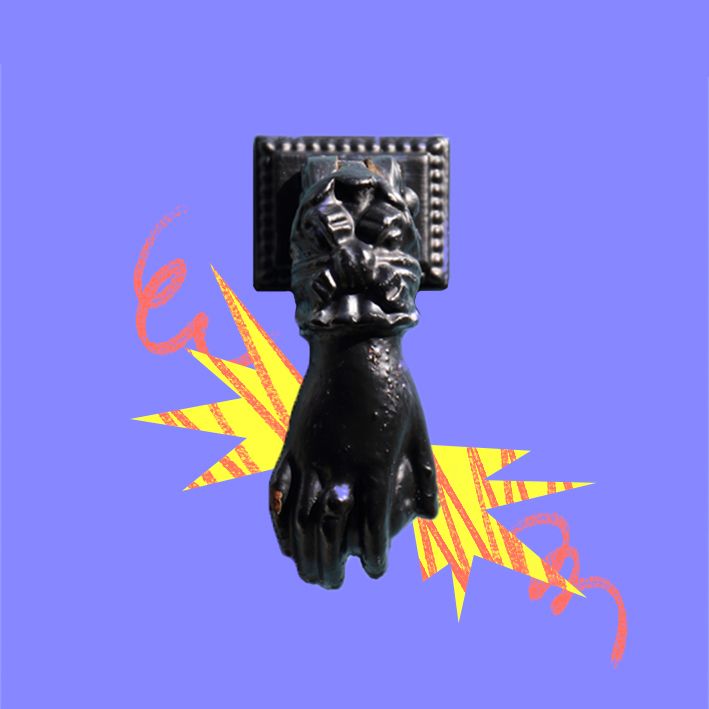 01 Scrupulosity, also known as Religious OCD, is a subtype of Obsessive Compulsive Disorder in which people experience debilitating obsessions and compulsions about their faith.

02 Jamie's struggles with scrupulosity began in childhood. By high school, she was experiencing intense spiritual anxiety that wouldn’t be diagnosed as OCD for 11 years.

03 Jamie thought her intrusive thoughts were the voice of the Holy Spirit, which validated their contents and gave them control over her sense of morality.

04 At the age of 26, she finally received a proper diagnosis and sought help. While healing, she has been able to hang on to her faith and find new ways to appreciate it.

“God! Please don’t make me go home!” I tearfully prayed for a way to stay longer at the Christian summer camp. I loved it there, little realizing that my brain was forging important connections that would one day morph into full-blown scrupulosity.

Home was chaotic. My older brother had oppositional defiance disorder, and adult protection was inconsistent. Being homeschooled, I had little contact with the outside world.

Life was frightening and overwhelming.

But when I attended a Christian summer camp at age 12, I realized the addictive beauty of control and certainty.

Our days were scheduled with military precision — roll call, marching to meals, crafts, Bible studies, hikes, and creative workshops. Camp counselors, concerned with shepherding a large crowd of wiggly children, made it fun by having us shout funny rhymes while marching to the mess hall. They told us to zip up our sleeping bags and tuck our shoelaces inside before each morning’s cabin inspection. I made sure my sleeping bag was not only zipped, but smoothed perfectly.

I reveled. Every day, I could expect the same routine. I could be sure of a safe emotional environment and clear expectations. In the evenings when we gathered around a bonfire and heard stories of faith and spiritual devotion, I didn’t hesitate to respond to the first altar call.

Forever, my mind would inextricably link “order” and “faith.” I wanted it. I wanted more of this God who made me feel safe, in control, and certain of the future.

I went home and again entered the fray of chaotic home life, but I was changed forever. I had given my heart to God. I was converted. And I made sure to make my bed so that He didn’t forget it.

When I attended a Christian summer camp at age 12, I realized the addictive beauty of control and certainty.

The Voice of Religious OCD

They say that scrupulosity has both a biological and an environmental component. I’m no scientist, but I like to think of little zygote-sized me getting the OCD plugin added to my genetic software. The predisposition was probably there all along, waiting for a significant event to flip the switch.

If I would have spent a summer volunteering at a biohazard lab, I might have ended up with obsessions and compulsions about contamination instead.

But faith flipped that switch, and by the time I entered high school, I was already experiencing intense spiritual anxiety that wouldn’t be diagnosed as OCD for 11 more years. I attended a conservative Bible college in the rural South, where I was a model student, careful to observe every point of doctrine and pious living.

I began to experience intrusive thoughts that I understood to be the voice of the Holy Spirit.

It would start as a feeling like something was “off.” The feeling would make me frantic to discover what was wrong, fearful that my soul was in danger. In these moments of soul-scanning, I would get a mental impression urging me to compulsive acts.

Often the compulsion would be benign — needing to walk the long way to class, having to change my pink shirt for a blue one, needing to straighten my bedcover or adjust objects in my room. Because the intrusive thoughts came in the form of a first-person command, I believed it was God testing me, checking to see how “in tune” I was with Him. I believed that if I followed these little impressions, perhaps God would entrust me with greater “revelations.”

But sometimes the voice of religious OCD was more disturbing. Once, while praying for a godly husband, this ever-present voice told me in no indefinite terms that I was destined to marry a certain young man in the Bible college — a particular person I couldn’t imagine loving. I fought back against the intrusive thought, believing it to be the immutable voice of God. I cried bitter, disappointed tears. 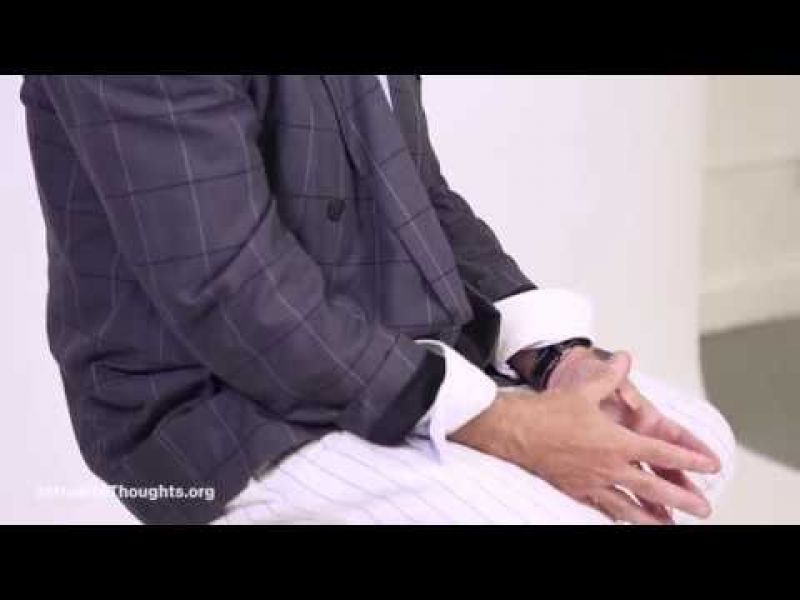 The constant undercurrent of anxiety pushed me to extremes in religious behavior. I constantly felt burned out because I could never say “no” to an opportunity to serve God.

At one point, I was waking up at 3:00am to help take care of my dying grandmother, working and studying all day, fitting in devotional practices and outreach activities, and falling asleep around 10:00pm.

No one in my faith community would have judged me for slowing down. In fact, I’ve often been told that I’m too perfectionistic and need to cut myself a break.

Anytime I tried getting off the ministry treadmill, I’d get that same bad feeling again. The feeling that something is “off” and that I’m headed for doom and disaster. Nothing could cure that feeling except more acts of love and charity for the world at large. I never stopped to wonder why these powerful impressions didn’t reserve a bit of love and charity for me.

I also experienced intense rumination on spiritual themes. Unlike scrupulous people who cyclically doubt their salvation or worry they may have committed the unpardonable sin, my doubts were sophisticated and always new.

I had the opportunity to tell that guy about salvation and I didn’t. How do I know he won’t be lost because of me? If I feel good about successful ministry projects, is that pride? How do I know I’m not serving God from the wrong motive? Jesus said that looking at a person with lust is just as bad as committing adultery. I looked at an attractive guy. How do I know it wasn’t lust?

Being in a Bible college meant that I was surrounded by budding theologians. Every morning in the cafeteria I sought reassurance for my intrusive doubts. But as soon as I “solved” one doubt, a new one popped up, always with the same theme: how can I be absolutely sure…

It was as if I was a little girl at summer camp again, wanting to impose order and structure on the mysterious world of metaphysics and religion.

Finding Out About Scrupulosity

After graduating with a double major in education and Biblical studies, I married my college love and followed him to his international job call. We landed in Beirut in 2013 and set up our first home together.

While he worked, I got involved in as much ministry as possible, still working from the nervous energy of religious OCD. I taught Bible classes at an Evangelical grade school. I learned to speak Arabic. I got heavily involved in refugee relief projects. I got a master’s degree. I started a PhD.

It was while seeking treatment for MDD that I was finally diagnosed with religious OCD. I was 26 years old. It had taken more than a decade for my symptoms to be understood for what they really were: a mental health hijacking of my faith.

(Click here for the internet’s most comprehensive scrupulosity quiz.)

The Next Step Forward

Overcoming scrupulosity proved to be counterintuitive.

What do you mean, DON’T RESPOND to these doubts?

I was told to treat the intrusive thoughts and icky feelings with ambivalence rather than interacting with them. But it proved agonizingly difficult. Everything seemed like such a life-and-death matter. I wasn’t prepared to view the world in shades of gray. I needed black-and-white answers. I needed certainty.

While going through treatment, I felt like a 12-year-old all over again, crying to avoid the chaos of an uncertain place I could not control. How I longed to feed my addiction to certainty. How I dreaded the awful feelings of vulnerability when I chose not to act on my obsessions.

With time, I’ve become a pro at managing my scrupulosity symptoms. I wish I could reach into my genetic code and somehow switch off whatever that biological engine for OCD is. The urge to respond to life in obsessive compulsive patterns doesn’t go away, but my learned ability to resist these patterns comes much easier.

Probably what I find most fulfilling about my experience with scrupulosity treatment has been the fact that it has clarified my faith experience rather than crush it. When I began to understand the implications of ERP as used in the treatment of religious OCD, I feared that it would entirely rob me of my faith, leaving me an empty shell of my former self and of all that is important to me.

This has not been the case.

Instead, as I read the Bible with new eyes, I discover the truth about health, balance, security, and love. I discover that real “faith” can only exist in the context of uncertainty. Getting treatment for my OCD has only deepened my attachment to God as I recognize that He hasn’t been the one driving me so hard all this time.

When I think back to little 12-year-old me, eyes shining as she snapped to attention and reveled in the security of a controlled environment, I don’t judge her. Certainty and control was what she needed at that time to combat the ups and downs of her environment.

But I’m not that little girl anymore, and the type of home I’ve chosen to build is not chaotic and unpredictable. It’s full of love and security. And that gives me the space to shift my relationship with God into a more mature realm.

One with gray areas and holy mystery. One with “I-don’t-knows.” One with as much mercy for myself as I extend to others.

And if I can reach that kind of experience with God, then all the discomfort of religious OCD that I’ve experienced in the meantime will be well worth it.

Jaimie Eckert blogs about her journey with OCD at her website, jaimieeckert.com. She is completing her PhD in Religion and serves as a scrupulosity coach to support others who struggle with religious OCD. She and her husband live abroad and are still trying to figure out where to call home.