What is Hoarding and How Should it be Treated?

01 Dr. Steven Phillipson is a licensed clinical psychologist who has specialized in the Cognitive-Behavioral Treatment (CBT) of OCD since 1986.

02 In this video, he defines and discusses Hoarding. For more info on Dr. Phillipson, please visit: www.ocdonline.com 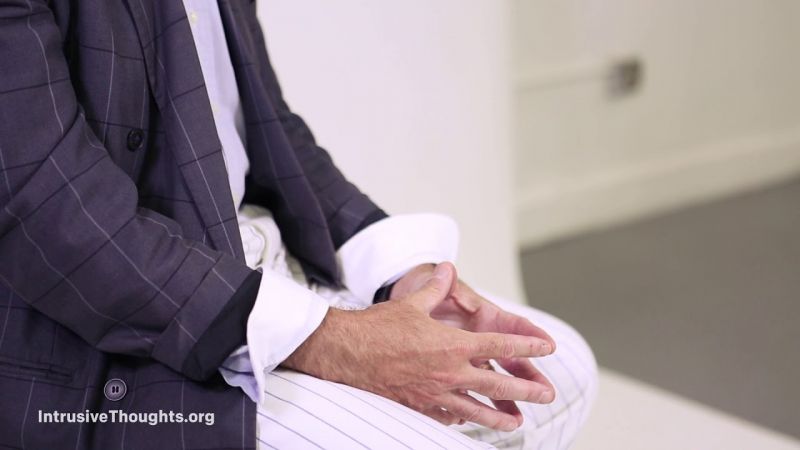 OCD3: What is Hoarding?

Hoarding is a condition where persons have a very difficult time letting go of certain objects. These objects become burdensome in often their mass. It can be newspapers, it can be magazines, it can be junk mail. It can be the tupperware a store might serve food in. it can be animals believe it or not, there are animal subsets of hoarding. Cats. Dogs.

And hoarding is (A) the excessive collection of these often meaningless entities, often considered garbage by most of us, but it’s also driven by the extreme difficulties in relinquishing these excessive items. Hoarding is where a person, their life becomes literally buried in this topic of their preoccupation.

There are subsets of hoarding involving the sinfulness of waste. So if I have a tupperware and it’s now 832 in my collection, the idea of throwing a perfectly good tupperware case away, seems to be wasteful and therefore a contradiction of one’s values.

There’s also the idea of the potential that it might be useful at some point, so a person won’t let something go, if the idea of at some point in the future it being a desire, which we can never fully disqualify.

2) Is hoarding a subset of OCD?

Hoarding is one of the most perplexing entities under the diagnostic umbrella. It used to be seen as a subset of OCD and is no longer in the diagnostic manual that we used to differentiate diagnosis for all types of clinical issues. Hoarding has now created its own specific subset. The good news is that will allow for a lot more specific and individual studying of hoarding.

3) How do you treat hoarding OCD?

So hoarding, unfortunately, is a subset, or had been a subset of OCD, where persons almost invariably have a combined personality trait of perfectionism, or what’s commonly referred to as obsessive compulsive personality disorder. Hoarding at this point, unfortunately, in my mind and many of my colleagues who are experts in the treatment of OCD, see hoarding as currently an untreatable subset of OCD, I think the reason that hoarding doesn’t have any reliable treatment is because it’s such a convolution of anxiety at the idea of letting things go, but also a person’s perspective about waste, about sentiment, about the unpredictable future.

And so, at this point, unfortunately, hoarding falls under the umbrella in psychology of things that we just haven’t de-coded yet sufficiently to develop an effective treatment for.