Artist, Sean Bernhardt, illustrates the dark side of his anxiety 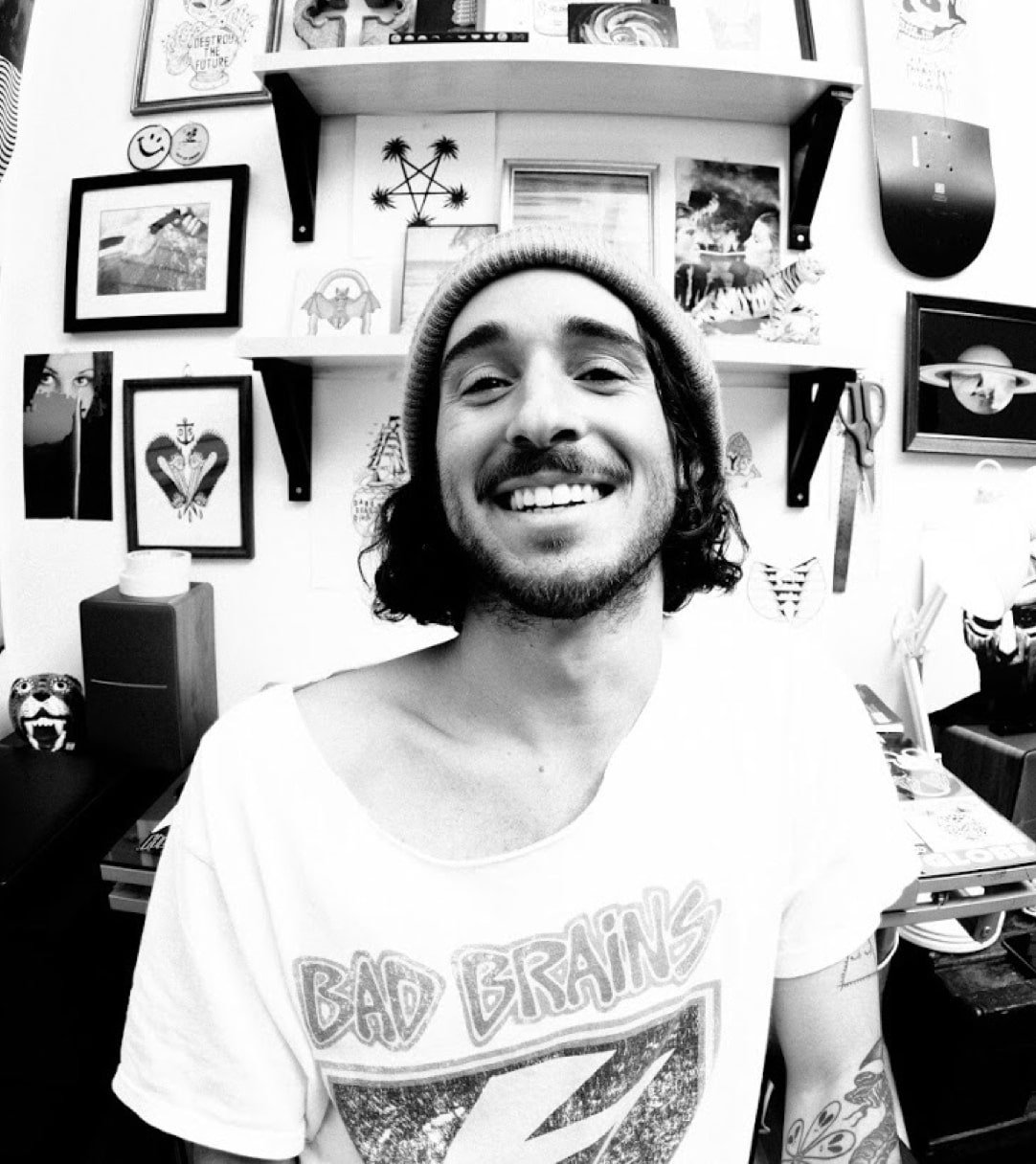 We all cope in different ways.

Some people rely on medication or traditional therapy. Others look for outlets beyond the doctor’s office, like yoga, running and meditation. For artist Sean Bernhardt, aka Space Bat Killer, art is his escape.

Bernhardt is a New Jersey based illustrator and entrepreneur. He runs Evil Paradise — a personal side project that prints everything from exclusive t-shirts and hoodies, to stickers, pins and prints. He’s also produced a range of collabs for brands like Billabong, Reef, Prism Skate Co. and Modom Surf, and worked with musicians like Ratatat and Mac Demarco.

Bernhardt has a style of his own, drawing references from American traditional tattooing, psychedelic patterns, vintage surf designs and the occasional pop art inspired piece. But it’s not just his execution that grabs attention, it’s the story behind his work. Much of Bernhardt’s art is centered around his experience with mental health problems and the darkness that comes from suffering in silence.

Anxiety has been a constant in Bernhardt’s life since childhood. Growing up, he suffered from symptoms of social anxiety that made him self-conscious and uncomfortable in his own skin. As he got older, it manifested as panic disorder and agoraphobia. Nowadays, it’s easiest to use generalized anxiety disorder as a catch-all.

For years, he used alcohol as a means of coping with his problems. At 24, he began prioritizing his health and finding more productive ways to work through the thoughts in his head.

“My art has always been a way for me to cope with my problems. It’s been my only form of therapy my whole life,” says Bernhardt. “I have dabbled with talking to therapists, psychiatrists, being on and off meds, but making art is really the only thing that makes me happy.”

By creating something physical out of his pain and sharing it with the world, Bernhardt didn’t only discover a release for his anxiety, but a community. He’s built an Instagram following of over 22,000 people who feel emotionally invested in the work he puts out. Their excitement helps keep him going. “I like to see people stoked on what I do,” says Bernhardt. “Art has gotten me through all the darkness in my life.”

Anxiety-centric art often follows a similar format — dark colors, sad faces. Bernhardt’s takes a more creative spin on the experience of being trapped in your head, and in doing so, speaks to a broader population of mental health sufferers. Young people, like himself, who are searching for visualizations of their emotions that they can get excited about. 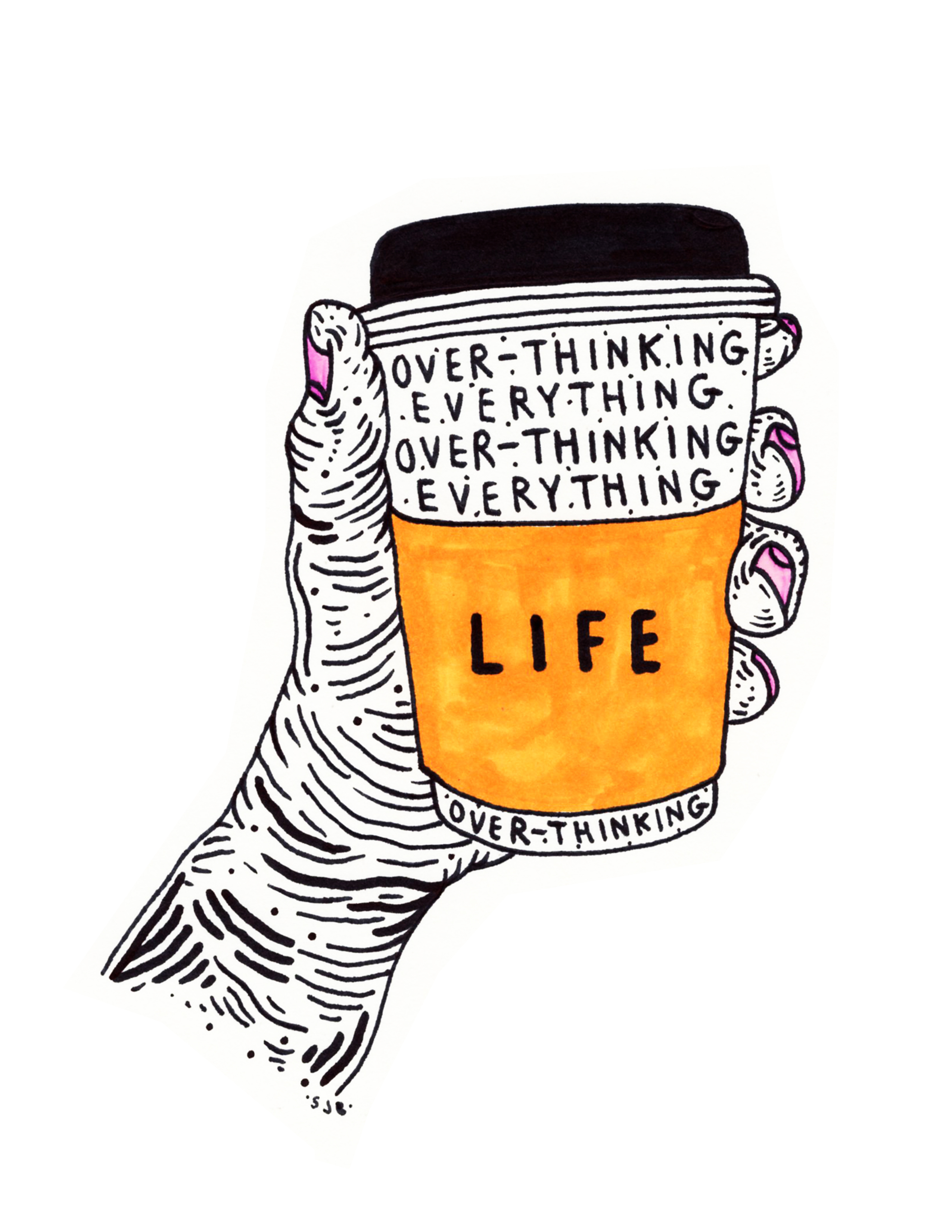 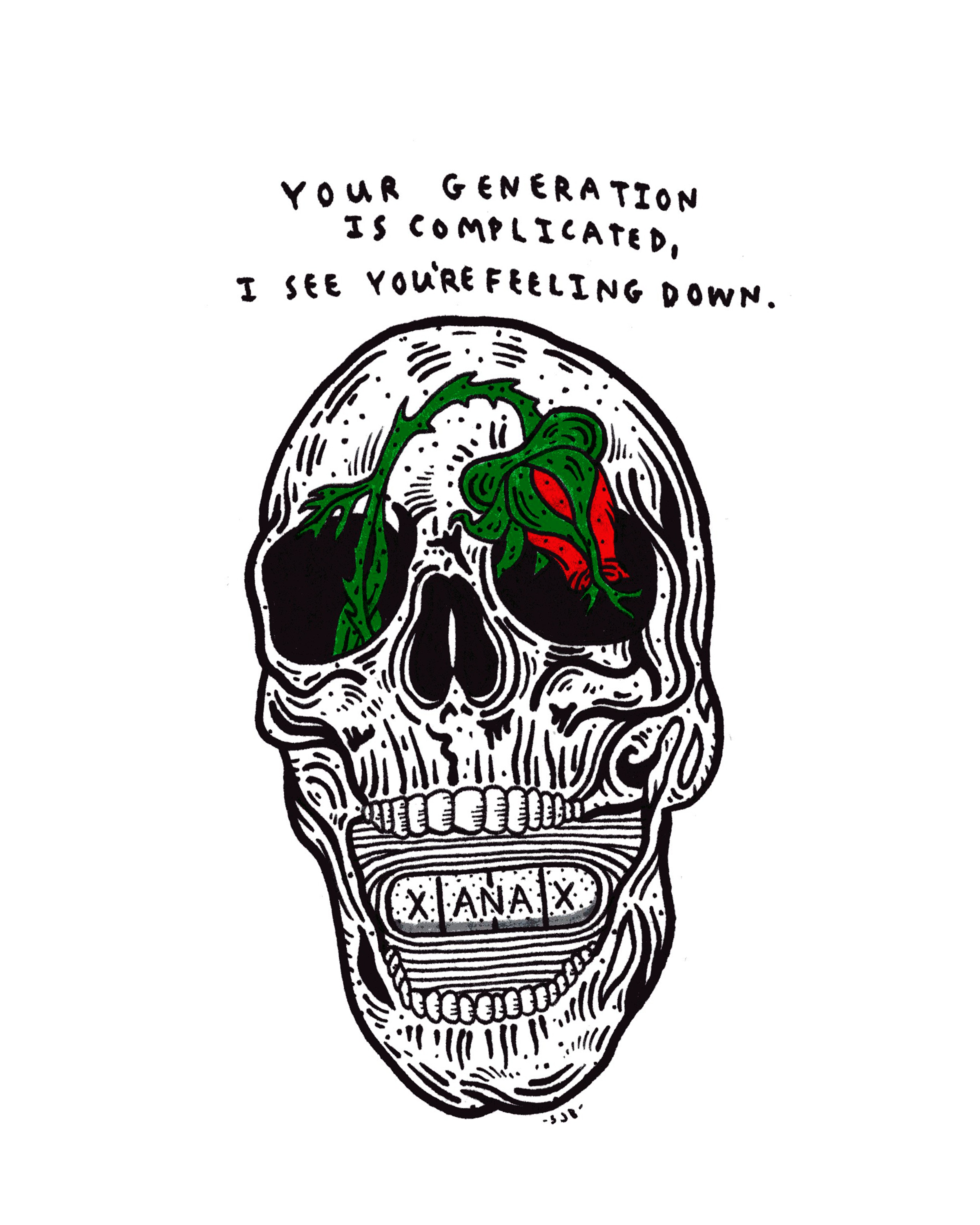 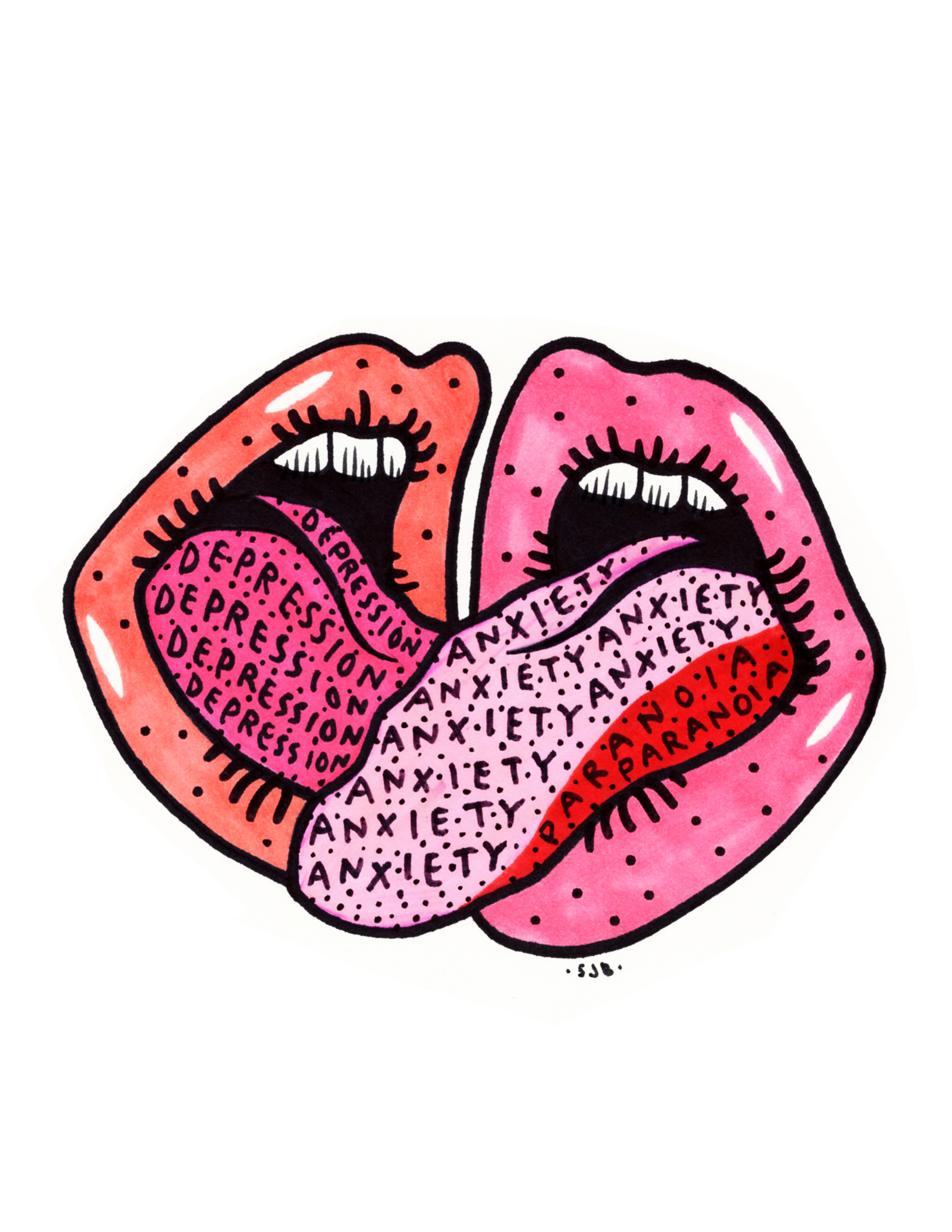 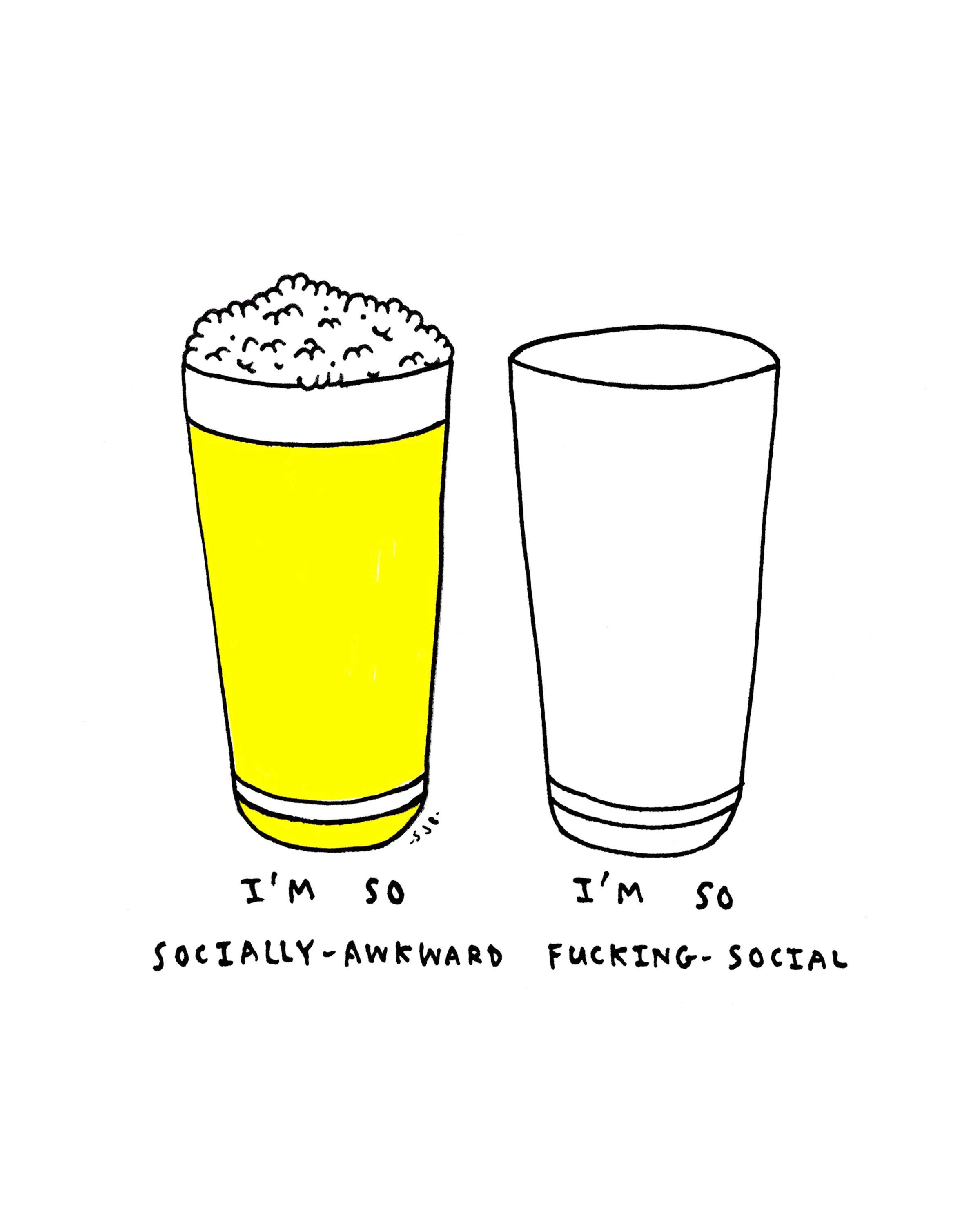 Bernhardt didn’t set out to create a mental health platform, but in choosing to be transparent, he built the kind of community he’d been looking for. He sees the internet — social media in particular — as a great way for people to connect and support one another. “After sharing my work, especially the darker pieces, I was bombarded with positive responses,” said Bernhardt. “People understand what I am telling the world and people understand me, even when I don’t always understand myself.”

As creators like Bernhardt continue to pop up online, and conversations about mental health become less taboo, he sees the digital space as an important avenue for facilitating the honest interactions that people otherwise shy away from. “The majority of people who deal with problems are so hesitant to throw them out there. The more we work together, even if its a little “Hello, how are you doing?”, the easier it’ll be to get through tough days. It’s super rewarding.”

Hi! I'm Bre, and I have Generalized Anxiety and Depression

My ADHD Isn't a Lack of Discipline: An Interview with Marc Almodovar

Giving Voice to the Underserved: An Interview with Dr. Kevin Nadal

My Journey With Bipolar

Are you an artist or advocate?

Send us your stories, ideas and artwork to be considered for site and social content.