I Fight By Speaking: An Interview with Mark Joyella 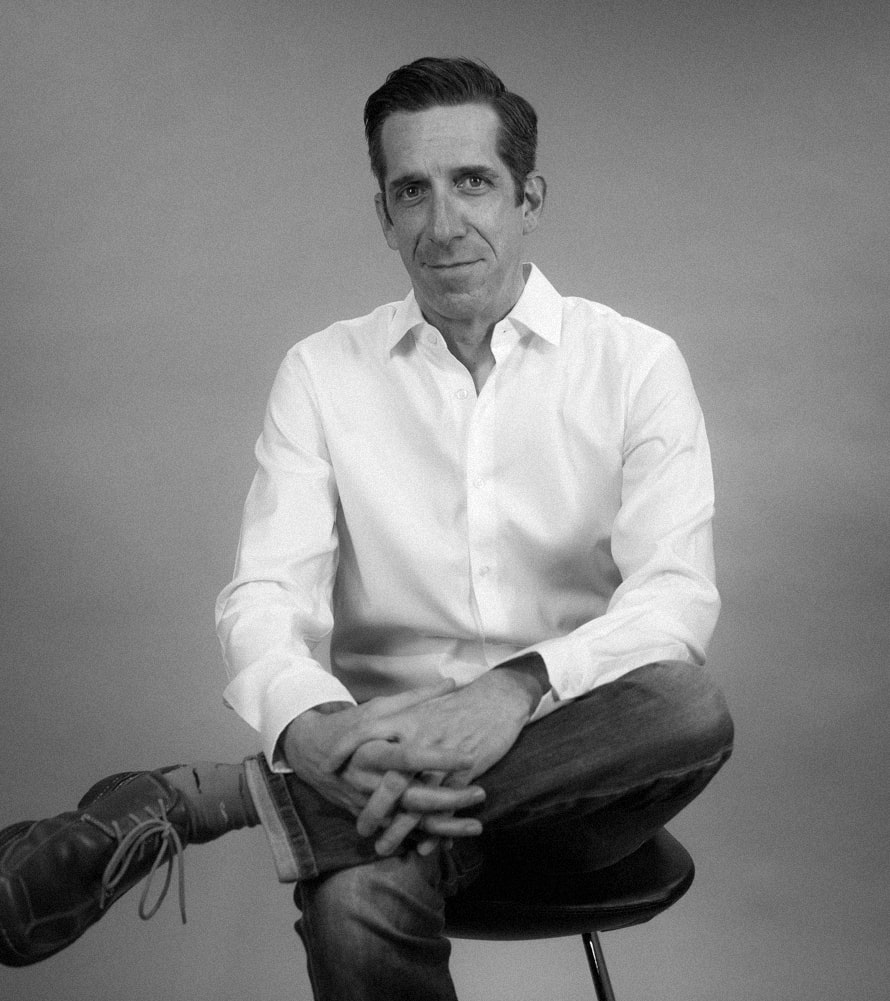 Tell us about yourself – who you are, where do you live, what do you like?

My name is Mark Joyella and I’m a writer living in Connecticut. For most of my career, I worked in television news as a reporter and news anchor at local TV stations in small towns like Grand Junction, Colorado and Savannah, Georgia, and later in big markets, including Miami, Orlando and New York City. These days I write about media and politics for Forbes and am getting my MFA in narrative nonfiction at the University of Georgia.

Have you ever been diagnosed with a condition? How long did it take? What barriers did you face?

About ten years ago I was diagnosed with obsessive-compulsive disorder. Looking back now, I know that I had been sick for a very long time and clearly resisted being assigned any label that involved mental illness. But I had reached a crossroads in my life and I was very fortunate to be working with two effective and caring people — a therapist and a psychiatrist — who convinced me that this was a now-or-never moment for me. Accept that something’s wrong and try to treat it, or risk never having the life I’d told them I dreamed of: getting married, having kids, and raising a family.

Was there a specific low point that drove you to seek help or open up to a loved one?

For me, there were many low points but I had a habit of explaining things away that I now see as extreme examples of a life distorted by illness. The main catalyst, was that I’d met a woman and fallen in love with her but I simply couldn’t figure out how to move forward with our relationship. Even going on a vacation with her seemed impossible. I realized that I was living in isolation, afraid to leave my home except to go to work, and that I was about to lose my girlfriend if I didn’t find a way to break through the barriers that were holding me back.

Stigma kept me from revealing my diagnosis to anyone for many years. I feared that it would hurt my career and change the way people saw me and treated me. Ultimately, it was seeing the way people in my business, news media, told stories about people with mental illness that forced me to write an essay revealing my illness.

I did so because I wanted to speak out about the stereotypes and misconceptions that I believe are widespread in news reports about people with mental illness, and I had to be open about my own illness to speak with authority.

One of the most effective tools I use to manage my condition is accepting that it is, in fact, a condition and not “me.” One of the ways my OCD manifests is with disturbing intrusive thoughts. This became a significant issue when I became a father, but being able to label the thoughts as “OCD” rather than something I thought was extremely helpful in putting distance between myself and the upsetting thought. “That’s my disease,” I would tell myself, rather than being paralyzed by WHY DID I JUST HAVE THAT THOUGHT? WHAT KIND OF MONSTER AM I?

In your opinion, what’s wrong with the current state of mental health care, both in your immediate community and on a broader scale?

My main concern with the state of mental health care is the lack of availability. I have a job, and insurance, and in most cases that means I have access to top-quality doctors in a range of specialties. But even while living in New York City and other places where there was no shortage of medical professionals, I have struggled to find doctors with expertise in my condition — and who accept insurance.

I have gone to clinics, paid cash upfront, and found myself in waiting rooms that resembled prison visitor areas. The effect has been to discourage people from seeking care, and making people who do seek it feel damaged or ashamed. I never feel that way visiting the dermatologist or dentist, but have left offices seeking treatment for my mental health feeling so terrible that I vowed I would never return.

What are you doing to combat these issues? What do others need to do to create change?

I fight by speaking. I write about my experiences, I network with others who have experienced similar issues, and I make extensive use of social media. I have spoken at conferences, including speaking before a group of professionals who design health care facilities, telling them about how the appearance of mental health facilities — while they may require additional features not needed in a gastroenterologist’s office — don’t have to look so much like jails. I’ve also testified before government panels on my experiences and urged communities to address stigma.

What’s your opinion on the mental health spectrum — the idea that our conditions and experiences are fluid, and that treatment needs to accept and respond to our ever-changing mental state?

The brain is an amazing thing, and while my illness tells me to try and figure everything out until I’ve eliminated every imaginable doubt, that’s not how things really work. The brain is far less understood than many other parts of the body, and we have to remain open to change and to experiences that don’t fit neatly into the boxes we’ve come to accept. We need to treat people as they are, not how we think they should be.

What advice would you give to someone reading this right now?

If anything you read resonates, talk to someone. Anyone. If there’s nobody in your family, among your friends or at work that feel safe, find me on Twitter and send me a private message. The most valuable lesson I learned by speaking out was that I was not, as my illness tried to convince me, alone. Many people I’d known for years got in touch to say they too had mental illness and had lived in shame and secrecy for years. Some still do. If you don’t have a mental illness, someone very close to you likely does. Ask them if they’re okay. That’s all you have to do. “You okay?” It could begin a conversation that saves their life.

Hi! I'm Bre, and I have Generalized Anxiety and Depression

My ADHD Isn't a Lack of Discipline: An Interview with Marc Almodovar

Giving Voice to the Underserved: An Interview with Dr. Kevin Nadal

My Journey With Bipolar

Are you an artist or advocate?

Send us your stories, ideas and artwork to be considered for site and social content.