Dr. Steven Phillipson explains Exposure and Response Prevention Therapy and how it is used to treat OCD.

02 ERP Therapy is not for everyone. People should seek professional advice before moving forward with it. 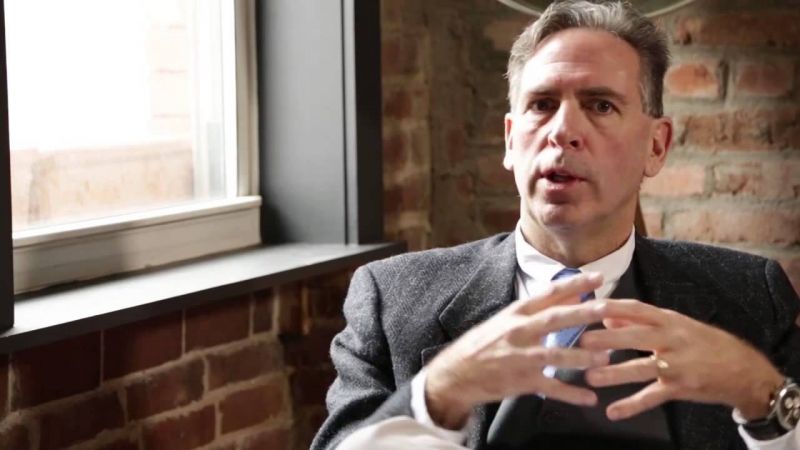 Let’s talk treatment. First and foremost, there’s absolutely nothing wrong with seeking medical attention if you’re experiencing ongoing intrusive thoughts. We know how hard it can be to talk about what you’re going through. That’s why we put together educational materials to make explaining intrusive thoughts to your family and/or a practitioner easier. Secondly, treatment is not a one-size-fits-all deal. Everyone’s journey through treatment will differ.

We met with expert clinical psychologist Dr. Steven Phillipson to discuss a common type of treatment for intrusive thoughts called Exposure and Response Prevention (ERP). ERP is similarly used for people who want to overcome phobias.

Here’s a common situation: You move into a new apartment and hear street noises, cars, sirens, etc. Your brain is conditioned to ignore things that aren’t a threat. When you have Obsessive Compulsive Disorder (OCD) and experience an intrusive thought, the brain zeroes in and you begin to obsess over it. As part of ERP therapy, you’re tasked with exposing yourself to an intrusive thought as a way to challenge the brain not to react. The goal is to acknowledge the thought, but not to obsess over it.

On one hand, the idea of ERP sounds very simple. On the other hand, it’s important to understand how you’re going to react to different severities of exposure. A simple exposure might be writing the thought down on a notecard and pulling it out multiple times a day. A more challenging exposure might be to hold a knife up to a loved one’s neck (for someone who experiences harm OCD). In choosing ERP, you’re providing yourself with the tools to prevent a response to an intrusive thought. The more educated and active that you are in your treatment outside of talk therapy, the more successful your results may be.

For those interested in exploring ERP treatment, you must first find the right therapist. Ideally, this person is a clinical psychologist who is a behavioral therapist specializing in OCD. We encourage you to interview prospective therapists about their experience with OCD patients before making a decision. If you’ve already begun treatment and your therapist asks you to assign meaning to your thoughts, do know that this could have detrimental effects on your healing. In the case where a behavioral therapist isn’t available in your area, another option to explore is Skype therapy. To learn more about Dr. Phillipson’s video conferencing, visit http://www.ocdonline.com/#!treatment/ca5o. You can also visit www.iocdf.org to locate a therapist near you.

Dr. Steven Phillipson (SP): The human brain is wired to stop paying attention to things that are basically ever present. So a constant noise, or even the traffic noise outside your apartment. You lose awareness of because you give it permission to be there. It happens on a regular basis so the brain stops holding onto it as something that is relevant. Exposure Response Prevention is the skills for a patient to acquire to teach their brain of the irrelevance of their associations. So a person who might have a violent thought can purposely create these associations voluntarily and to repeatedly through the day, And that demonstrates to the brain a mechanism that’s called habituation. It shows the brain that the associations are meaningless. And then the brain literally over time, let’s go of the conditioned anxiety and terror response.

AH: I imagine that each therapeutic approach would be very customized to the individual. Could you speak broadly to a couple examples maybe someone with Harm OCD or someone with Pedophilia OCD.

AH: What is that ERP experience?

SP: So a person with a violent thought might carry around a knife in their pocket. They might be on a subway platform and purposefully evoke the thought "Hey that person over there looks really vulnerable. I think i’m gonna go over and push them in front of the train now." And do it redundantly is really the essential part of ERP because it’s the redundancy that shows the brain that these associations are meaningless and need not be warned about. What we might do is get a catalog of children in bathing suits and have a person literally carry around on their cell phone of a child in a bathing suit. And have that person bring up that image 10 times a day and look at it and say to their brain "OK, let’s look at this sexy kid. Oh boy, let’s have a really strong sexual response now." To encourage the brain purposefully you know shows the brain once again the irrelevance of the association.

AH: Why is it important to find the right therapist?

SP: OCD is in some ways incredibly basic and simple condition, but the nuances of treatment can become extremely difficult and complicated. I’ve had patients come in who have been to people who were not qualified behavioral therapists who specialize in OCD, who were given level 10 exposures right from the start and that overwhelms them and terrorizes them. So it’s really, really important to interview the psychologist. It’s very, very important to see a behavioral psychologist. A very popular term now in treatment is called cognitive therapy. And unfortunately, for treating an anxiety disorder, seeing a cognitive therapist might not be in one’s best interest. It might actually be detrimental. And a very dangerous form of therapy would be to go to see someone who does analysis. They do a lot of deep personality deconstruction to get a sense as to the origins of the thoughts and that’s exactly the opposite of what would be an effective treatment.

AH: So this is why Exposure Response Prevention is the gold standard in therapy.

SP: That’s correct. Most important is that in developing that therapeutic relationship, like any relationship, that you feel understood and that you feel a real sincere investment on the therapist’s part in your welfare. So I’d say that that's most critical.

AH: How do you find that if it's not available in your town, in your area, or where you're growing up or where you live?

SP: For people who live in more remote areas or who have tried some of their local clinicians who have not been adequately trained, there are locations where Skype therapy might be offered.

SP: I think that mindfulness can be a very powerful adjunct to the treatment of OCD because it allows us to engage in the discipline of watching our brain speak to us in a way that's nonjudgmental and hopefully non-reactive.

AH: And types of mindfulness practices that would be valuable would be what?

SP: You can take, you know, about 10 minutes maybe twice a day to just spend that time watching what the brain is saying or being aware of our own experiences. To say "OK, my brain is aware of this current thought. I'm aware of the breeze on my face. Or I'm aware of my brain telling me that my head has any itch." Those are some practices of mindfulness.

AH: Well thank you very much for coming down and talking with me about this. This is a very interesting topic.