Sexuality, in its simplest terms, is your sexual orientation or preference. It is often defined by the sex of your romantic and physical partners. Common sexual orientations include heterosexual, homosexual, bisexual, queer, asexual and pansexual.

Modern understandings of sexuality have shifted a lot over the past few decades. Many people today choose to identify with more fluid sexualities or sexual orientations. There is no wrong or right sexual preference. It is a subjective decision that varies from person to person. 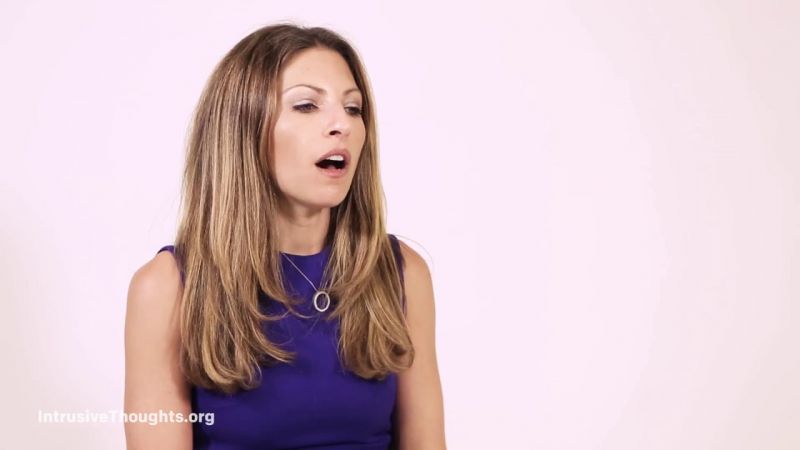 Another type of sexuality-based OCD is called Pedophilia OCD (POCD). POCD is a subtype in which sufferers experience unwanted harm or sexual thoughts involving children. They become obsessed with the possibility of being attracted to underage children and constantly try and prove to themselves that they are not a threat. POCD can damage relationships and cause a person to avoid their own kids. For example, a sufferer may ask their spouse to change the diapers or to never leave them alone in a room with their child. If you don’t have children of your own, you may avoid places like schools and parks where children will be present.

From the workplace to the bedroom, unwanted sexual thoughts can spike at any time. Many sufferers fear the arrival of intrusive thoughts during moments of sexual intimacy. It is one of the more upsetting times for intrusive thoughts to arrive. The fear of sexual thoughts invading such a personal space drives many sufferers to avoid having sex with their partners. Over time, this can whittle away at a person’s relationship and cause larger issues to arrive.

Whether you’re suffering from a sexuality based subtype like POCD or HOCD, or struggling with intrusive thoughts in the bedroom, mindfulness activities and ERP treatment are often the best route to take. Exposure Response Prevention Therapy (ERP) is the recommended treatment for OCD sufferers. ERP is when you voluntarily expose yourself to a fear over and over and over again until your brain stops obsessing over it. By repeatedly engaging in something you’re afraid of, you force your brain to recognize how irrational it is. Mindfulness can also be beneficial. If you experience an intrusive thought, learn to let it be. Try and allow yourself to accept the thought and give it the time it needs to flow through you. Do not assign any weight or value to it.

How to Cure HOCD | The Facts

What is Homosexual OCD (HOCD)?

My Sexual Thoughts Drove Me Mad