How do they overlap?

OCD impacts everyone in a family, not just the sufferer. Whether you’re a parent or sibling of a child with OCD, or you’re a child with a parent who has OCD, you understand that the disorder seeps into numerous aspects of everyday life.

OCD affects about 2% of the entire adult and child population, making it one of the more common mental illnesses. Despite being so common, there is much about OCD that remains unknown, including if it can be labeled a hereditary condition. While it is known to run in families, and a person may be at a higher risk if their parent or sibling has been diagnosed, it has not been proven that OCD can be passed down. 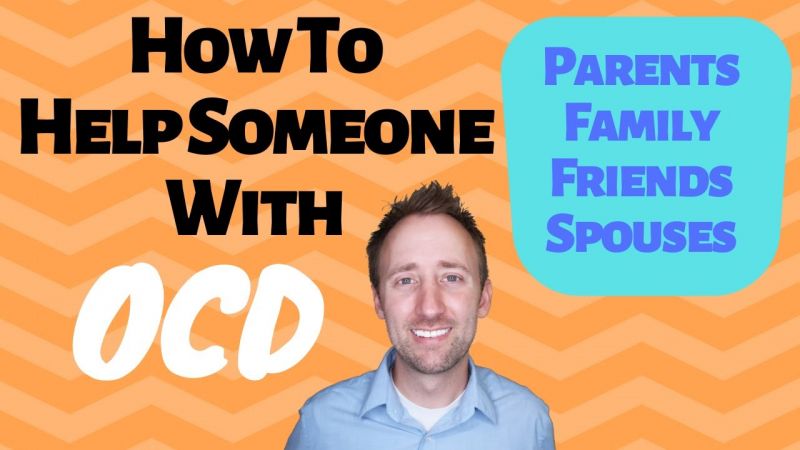 How To Help Someone With OCD

Family involvement in treatment is so very important. Let's go through some tips and your role when helping someone who has OCD.

There are some 500,000 children in the U.S. that suffer from OCD or a related disorder. It can be extra hard for parents and teachers to detect OCD in young children because they’re just discovering their personalities and routines. Plus, symptoms of OCD can get mixed up with attention deficit hyperactivity disorder (ADHD) or autism spectrum disorders. Sometimes children don’t realize their behaviors aren’t normal and other times, they may be too scared to tell someone because it’s embarrassing.

When a child has OCD, they will feel intense anxiety or worry associated with unwanted thoughts or urges. This can get in the way of school, extracurricular activities and building friendships with other kids. Some possible early signs of OCD in children could be:

Luckily, treatment is available and can be an effective way for children to regain control and manage their OCD. If you’re a parent of a child with OCD, you can help them find the right kind of help. It’s important that you take the time to better understand OCD if you don’t suffer from the illness and learn how to cope with your child’s symptoms at home. The earlier you can identify the symptoms and get help, the better the outcome for your child in the long run. Your child’s healthy and happy future is in your hands!

Growing up is hard enough, but it can be even harder if you have a parent with OCD. According to a study, children with a parent who has OCD are more likely to be diagnosed with a social, emotional or behavioral disorder. The good news is, this doesn’t apply to everyone.

OCD affects about 2% of the entire adult and child population, making it one of the more common mental illnesses.

Oftentimes, children will try to accommodate their parent through reassurance as their way of showing support. But children don’t realize that reassurance can actually make a parent’s symptoms worse. Avoidance of saying or doing the thing that could trigger a parent’s OCD is also common, and some children feel guilty and that they’re responsible for their parent’s OCD. Sometimes parents with OCD aren’t always available for their children because the anxiety is so debilitating. In these cases, a child might feel abandoned, which leads to feelings of shame or anger.

On the flip side, being a parent with OCD and trying to raise a child comes with its own set of anxiety. This anxiety might take the shape of checking and re-checking, comparing yourself to other parents, constantly fearing for your child’s safety, worrying about your child bringing germs into the house and even feeling like you’re not fit to be a parent at all. Whether you were diagnosed with OCD at a young age or are noticing these symptoms for the first time, these thoughts can be very debilitating and impact the relationship between you and your child.

It’s important to remember that you shouldn’t involve your children in the rituals that you perform. Involving your children in treatment can help strengthen your relationship and the family cope better together. The earlier these coping skills are introduced, the more successful it’ll be for everyone involved.

Whether you suffer from OCD or know someone in your family who has it, it’s possible to live a normal, productive and high-functioning life individually or together. No matter the living situation, here are a few things that you can do to be more understanding, a better communicator and overall happier and healthier.

What is Sensorimotor OCD and How to Work Through It

Scrupulosity: What Is Religious OCD?