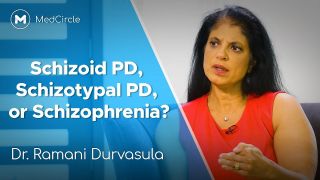 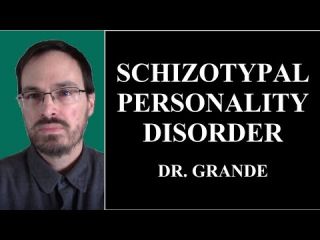 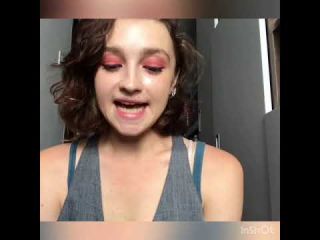 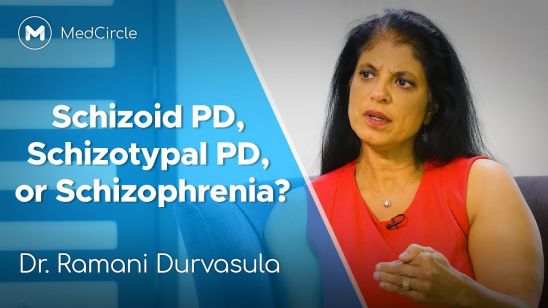 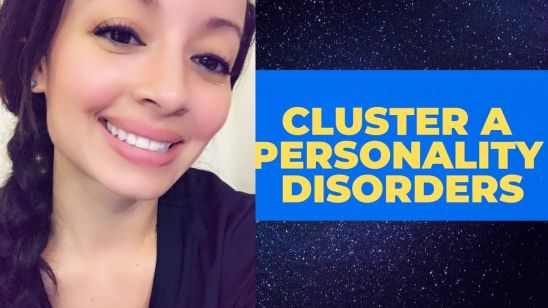 Schizotypal personality disorder, also called STPD, is a Cluster A disorder. Cluster As are characterized by odd or eccentric ways of thinking. People with STPD hold unconventional beliefs, mistrust others, and often have difficulty maintaining relationships. They struggle to understand social norms, including how to behave around other people or form intimate relationships. They may say strange things and exhibit strange speech patterns, including mentions of delusions, bizarre fantasies or clairvoyance. Their struggle to maintain relationships often leads to issues with social anxiety and paranoia.

STPD often occurs alongside other mental health conditions, including major depressive disorder and substance use disorders. It’s estimated that around 3.9% of the U.S. population has STPD.

People with STPD are typically considered loners. They struggle to relate to people, and have anxiety about trying out of fear of seeming “different.” They often believe in strange things, such as paranormal powers, superstitious beliefs, the ability to affect other people’s behaviors, and the existence of magic (also sometimes strong beliefs in crystals, energy etc). They may dress in peculiar or unkempt ways or have odd speech patterns that seem disjointed, abstract or exaggerated.

STPD can be confused with schizophrenia. While they share similar symptoms, including brief psychotic episodes, STPD psychosis is far less frequent and severe. People with STPD can also be made aware of their distorted realities, which is uncommon in schizophrenia. It usually co-occurs with major depressive disorder, dysthmia and generalized social phobia. It can sometimes be comorbid with OCD. The presence of STPD often makes treatment for other conditions more difficult.

STPD is characterized by social ineptness, strange speech patterns, paranoia and magical thinking. Because of this, a loved one with STPD might display noticeable symptoms at home, at work or in social settings. If you think a loved one may have STPD, ask yourself the following questions:

None of these behaviors confirm a STPD diagnosis, but they do hint at one. If you feel comfortable doing so, talk to your loved one about this behavior and why you’re concerned. Keep in mind that symptoms aren’t always obvious. People battling chronic mental health conditions often learn to hide their pain from others. It’s possible to appear outwardly fine, while facing mental difficulties in secrecy.

The exact causes of STPD are unknown. Doctors believe a range of factors play a role in its development, including being genetically predisposed (i.e. other family members struggle with STPD, schizophrenia and/or other delusional disorders) or engaging in drug use that triggers the condition.

Rates of schizotypal personality disorder are much higher in relatives of individuals with schizophrenia than in the relatives of people with other mental illnesses or in people without mentally ill relatives. There is some evidence that parenting styles, early separation or neglect and trauma can lead to schizotypal traits.

The primary treatment method for all personality disorders, STPD included, is psychotherapy (aka talk therapy). Behavioral modification or Cognitive Behavioral Therapy (CBT) are the most recommended.

Medications are not commonly used to treat personality disorders. However, they may be used to address severe cases or symptoms that stem from co-occurring conditions. Common medications include anti-depressants such as SSRIs or SNRIs, anti-anxiety medications (aka Benzodiazepines), and antipsychotics.

Treatment for STPD can be successful, however, it is uncommon for people to seek help for the condition. Instead, they seek out remedies for their depressive or psychotic symptoms.

How can I help a loved one with STPD?

Caring for someone with STPD isn’t always easy. They may seem distant and uninterested in strengthening your relationship. It’s important to remember that their feelings and behaviors are not a reflection of your self-worth.

It can also be hard to know how to support them. Do they want to talk about their behavior? Will they push you away if you try to help? There are no easy answers to these questions. Every person handles their mental health differently. That said, we all want to feel loved and supported. Showing someone that you’re invested in their wellbeing can make a difference.