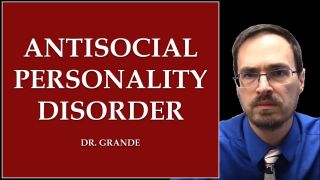 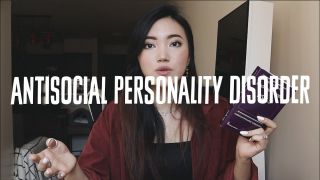 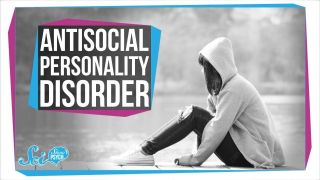 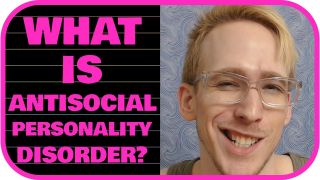 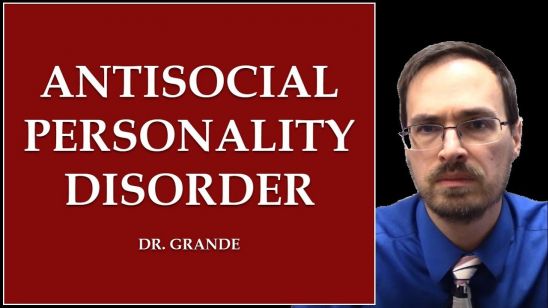 Antisocial Personality Disorder, also called ASPD or sociopathy, is a Cluster B disorder. Cluster Bs are characterized by dramatic, emotional or erratic behavior. People with ASPD demonstrate a disregard for the rights and feelings of others, and may manipulate or deceive in order to get what they want. They lack empathy for the harm they cause, and may rationalize their actions by blaming others, lying or saying hardship is “a part of life.”

ASPD often occurs alongside other mental health conditions including ADHD, borderline personality disorder, substance use disorders and impulse control disorders. It’s estimated that around 3% of the U.S. general population has ASPD. It’s six times more common in men than women.

People with ASPD lack a moral compass, and are comfortable wronging others if it benefits them. They are likely to commit actions that get them into trouble with authority. Their actions are likely to hurt others around them. They may even deliberately target other people for their own personal gain. Some of the symptoms can be quite alarming and potentially harmful. At times, they may seem charming, but this is frequently a manipulation tactic.

ASPD is characterized by a disregard for other people and a lack of remorse for doing harm. Because of this, a loved one with ASPD might display noticeable symptoms at home, at work or in social settings. Pay attention to their actions, social habits and relationships with others. Ask yourself the following questions:

None of these behaviors confirm a ASPD diagnosis, but they do hint at one. If you feel comfortable doing so, talk to your loved one about this behavior and why you’re concerned. Keep in mind that symptoms aren’t always obvious. People battling chronic mental health conditions often learn to hide their pain from others. It’s possible to appear outwardly fine, while facing mental difficulties in secrecy.

The exact causes of ASPD are unknown. Doctors believe a range of factors play a role in its development, including being genetically predisposed (i.e. other family members struggle with ASPD or other mental disorders), having a history of trauma (such as being emotionally or physically abused as a child), or experiencing head trauma.

ASPD behavior has also been associated with decreased function in the prefrontal cortex.The prefrontal cortex is involved in important executive functions, including behavior inhibitions, planning ahead, determining consequences of action, and differentiating between right and wrong.

The primary treatment method for all personality disorders, ASPD included, is psychotherapy (aka talk therapy). Anger and violence management courses may be recommended as well.

Medications are not commonly used to treat personality disorders. However, they may be recommended to address severe cases or symptoms that stem from co-occurring conditions. Common medications include anti-depressants such as SSRIs or SNRIs, and anti-anxiety medications (aka Benzodiazepines).

Treatment for ASPD can be successful, however, people often refuse to seek help because they don’t see their behavior as problematic. It is considered one of the most difficult personality disorders to treat because of the individual’s low or absent capacity for remorse and failure to see the impact that their actions have on others. Most treatment done for ASPD is for those in the criminal justice system who are required to enter therapy.

How can I help a loved one with ASPD?

Caring for someone with ASPD is not easy. You may struggle to trust them or even fear their emotional reactions in certain scenarios. It’s important to take care of yourself and receive counselling of your own if you feel you need it.

Be patient: Don’t take it personally if they lash out at you. They are battling something that’s very hard to overcome. Their distance has nothing to do with who you are as a person. Keep showing up for them even when it feels like it’s not helping. The act alone lets them know that they have people in their life who care.