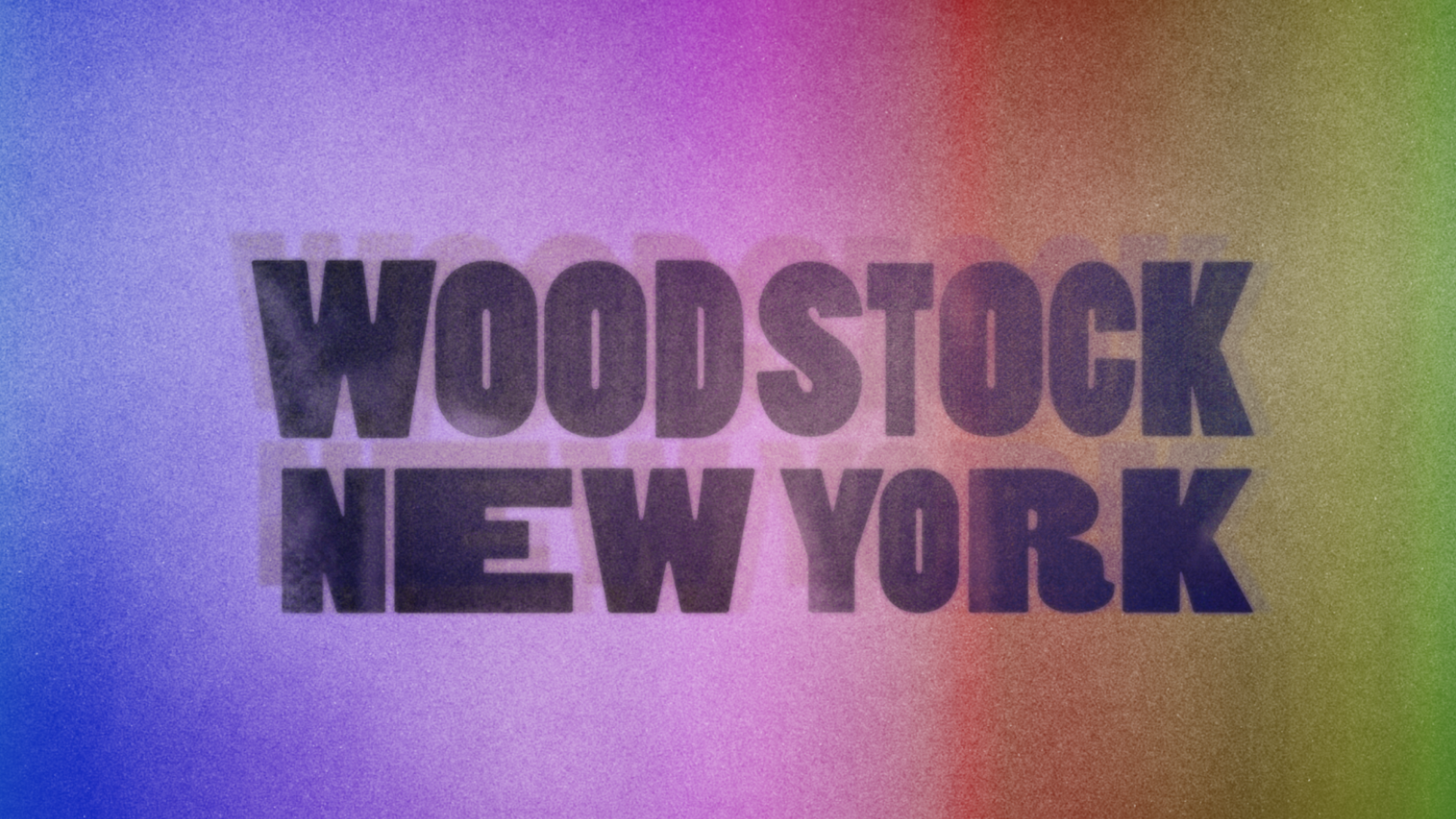 Disclaimer: Recreational & prescription substances impact different people in different ways. While the role of psychedelics in mental health care is quickly evolving, Made of Millions does not endorse the use of illegal drugs. This is a retelling of one man’s experience for educational purposes.

Growing up I had a D.A.R.E medal hanging from a trophy case in my parents’ house. D.A.R.E was a school sponsored program that taught teenagers about the dangers of drinking, smoking, and doing drugs. I occasionally think about that medal and the fear-driven way drugs were presented — especially now that I’ve tried them. Though not everlasting, the scare tactics certainly had an effect on me, seeing as I didn’t drink until college or try weed until my late twenties. If time travel was possible, I’d love to go back and see the face of teenage Jordan, as he learns that one weekend in Woodstock, New York, he’ll try psychedelic mushrooms.

I don’t know what I was hoping to uncover by experimenting with psychedelics, but I know I was searching for something. On the surface, I hoped my fiancée and I would grow closer to our new group of friends. The reality - though some of us did grow closer - was that this experience re-surfaced over a decade’s worth of repressed memories, and taught me more about myself than I ever imagined.

Pre-trip psychedelic trip, I was in a reflective place. I’d been ruminating on where I was professionally, and re-evaluating the people I surrounded myself with. I was finding it increasingly hard to relate to friends I'd known since childhood. The power of knowing one another for most of our lives, was no longer strong enough to mask the reality that we had grown into different people.

This acknowledgement occurred in tandem with new bonds and friendships I started to build through work and the network of college friends I had amassed since leaving my hometown. The excitement of meeting and connecting with new people, empowered me to try new things.

This experimental urge eventually landed me face down in a cabin bed, eyes clenched shut with fear as the ceiling above me morphed into a swirling black hole filled with flying skulls, rotating pyramids and a very large lizard.

In the years since this trip, the psychedelic experience has never left me. I still have moments that make me feel as if I’m in that room, spinning and transcending all over again.

For those who have never experienced the feeling, the best analogy I can offer is this: Picture your brain as a completed Rubik’s cube. Now imagine that cube being smashed against a wall in a dimly lit room. What do you do? How in the hell do you piece the cube back together?

Step 1: Find all the individual parts.

Step 3: With your cube intact, try to solve it one calculated turn at a time.

You don’t know what a Rubik’s cube is.

You don’t realize you have hands, let alone that they can twist and turn.

What the hell are colors?

This disconnect from reality was expected. I mean, I took shrooms. But the thing I didn’t anticipate, was that the flying skulls, pyramids and lizards were the least surprising aspects of my experience. 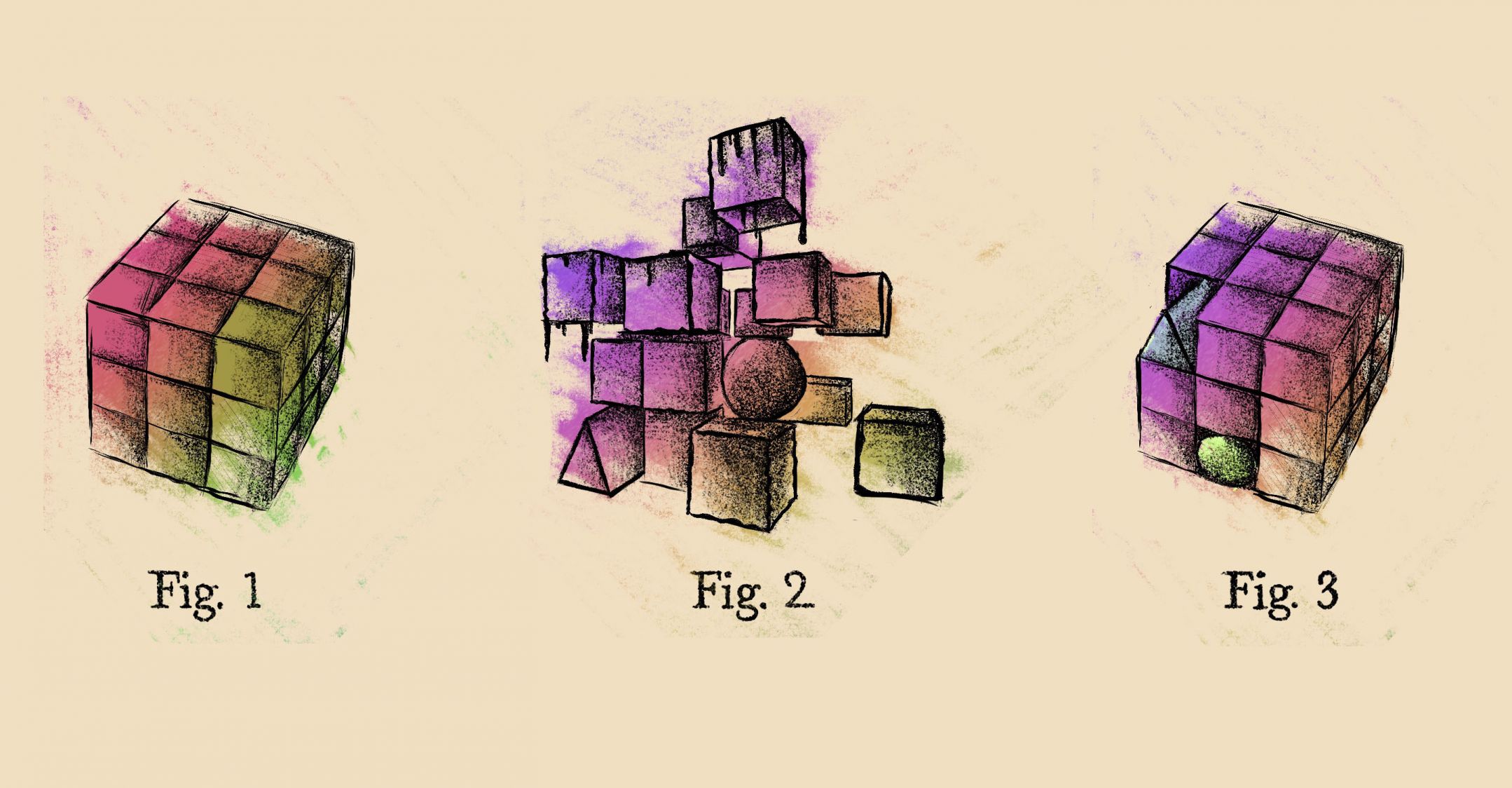 As I tried to put my Rubik’s cube brain back together, I analyzed each piece. I checked them for imperfections and blemishes. I soaked in every part, and considered whether certain ones were worth keeping anymore. I looked at the dark and ugly corners of my psyche, and for the first time, felt like I was seeing my whole self.

My insecurities and desires became clear.

I wanted to bond with my new friends in order to feel worthy of their friendship. I wanted to feel accepted for what I thought, and have the freedom to be weird and raw and confused and overly chatty. I wanted to spend time around people that don’t judge me. I wanted to stop judging myself.

In a split-second, I realized that I had no control over the things that make me who I am. At the same time, I was and am completely responsible for every action I’ve taken. I realized life is terrifying and profound all at the same ti… hooooly fucking shit the wall is melting and this giant ceiling lizard is staring at me. He’s not speaking, but is strangely... comforting? He looks at me with a profound understanding that what I’m feeling is okay. He gets it.

As I plunged into self-evaluation, I realized that throughout my life, I had always felt at least two steps behind everyone. And just like that, the shrooms transported me back to sixteen years old.

My teen years were defined by a constant loop of “Jordan’s performing below his abilities.” I was constantly aware of my shortcomings, but felt incapable of changing them. School was the worst of it. In particular, written tests.

The intense silence as my peers focused on their Scantrons made me want to claw my skin off. Why couldn’t we just talk about the questions out loud? If only we could have a group conversation about the possible answers, we could analyze why certain ones were right and others were wrong. Wouldn’t that be better?

Instead, the questions that I’d aced during prep the day before, became Greek to me in their printed form. They were gibberish — taunting me from the page. I knew that the right answers were buried deep in my brain, but I couldn’t reach them. Growing increasingly frustrated and impatient, I’d write the first thing that popped into my head in an attempt to silence the internal noise.

As I failed my written tests and scraped by doing the bare minimum amount of homework, my verbal skills blossomed. I figured that if I showed my teachers how smart I was in a public forum, they’d realize standardized testing might not be for me. This never happened.

Even more foolishly, I assumed that these issues would dissipate as I got older. When I graduated, I’d shed my failures like molting skin. Instead, they remained deep underneath the surface — engraved in my psyche. They might have been invisible to others, but they colored every part of me.

As I navigate harsh memories, the drugs begin to wear off. My past and current realities start to bleed together.

I ruminate on my drive home. Will I have to pass mom’s house on the way back to New York City? The idea overwhelmed me. Just because my rationale was returning, didn’t mean I was able to handle the nuances of conceptual thinking.

Car? I knew the word but had zero clue what that thing was. Mom? What’s a mother and do I have one? These concepts felt new to me. I had to search myself for their proper definitions, then attempt to apply what those words meant to my life. Did I have a car and a mother or just one of those things?

Who was my mom and what was my relationship with her?

As I tried to address these questions, I examined their meaning and relevance to me. Gradually, I started to focus again on those teenage feelings of never quite fitting in. I was haunted by my inabilities to keep up with homework, classmates and coworkers. These struggles were all I could focus on. All the years spent questioning my self-worth and intelligence, my sense of belonging, my interpersonal connections.

Suddenly, I knew that I could no longer ignore these repressed memories. They’d held me back then, and were holding me back now.

The voices in my mind reminded me that I’d recently hit walls in my professional career. My talent could no longer compensate for the issues I’d left unresolved. What was I going to do about that? Let it continue?

Under intense psychedelic scrutiny, my old memories didn’t turn into shiny, romanticized diamonds. Rather, they became fossil fuel — igniting my awareness of all the things I hated about myself.

[A note to the reader: Throughout this all, I remain calm. No screaming or running around. I lay face down in bed, muttering “Raptor Badger POW POW” to myself on repeat.]

In my state of non-reality, I came to terms with the reality that I needed help. That I needed to stop avoiding the parts of myself I didn’t like. And that my broken pieces didn’t make me a broken person. 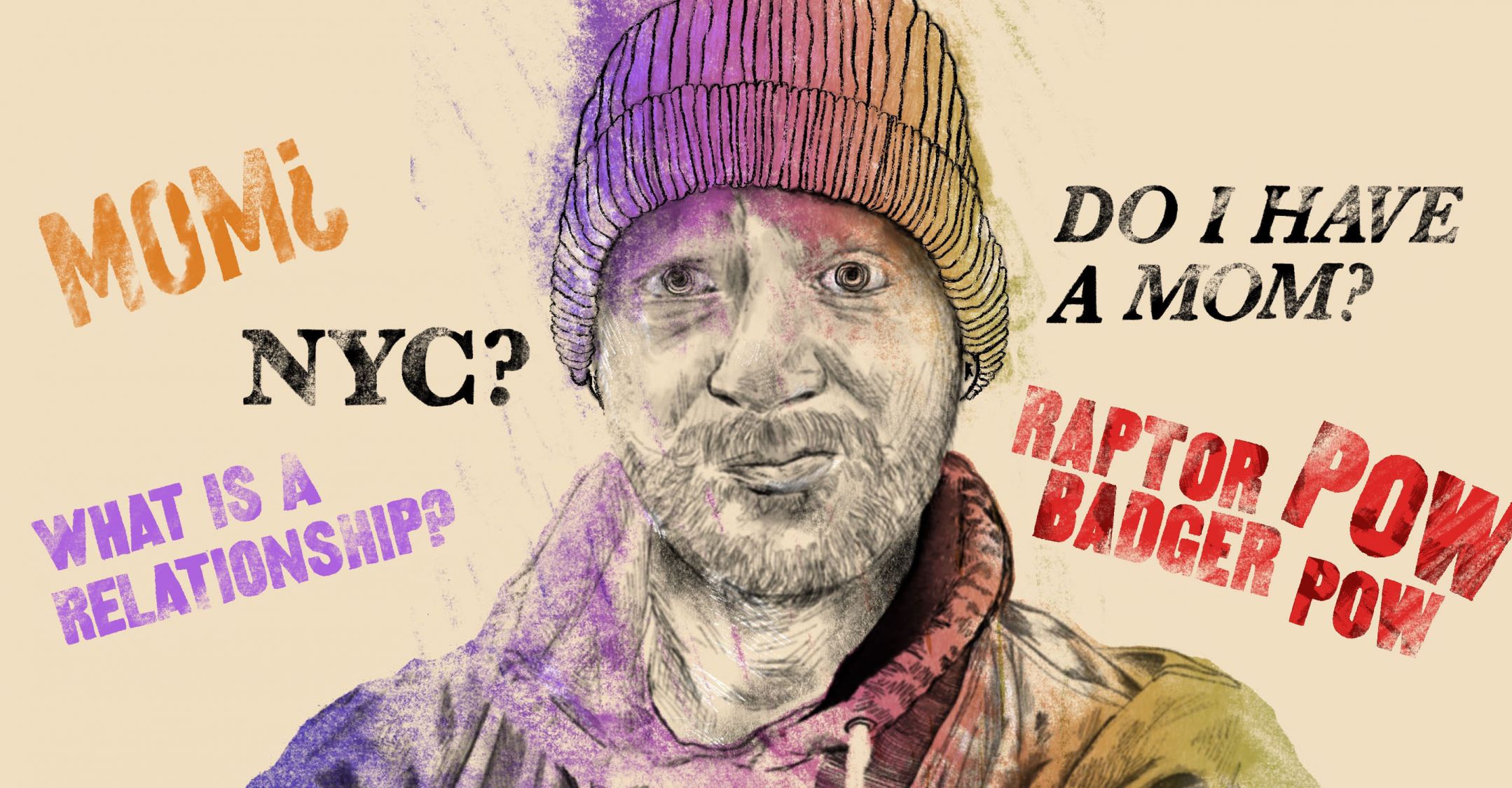 The day after, I wanted to analyze what I’d experienced. I read about the popular concept of “ego death” and how during it, a person’s defense mechanisms melt away, allowing them to analyze their full-self, embrace their flaws, and drag an awakened sense of identity back to reality with them.

Things clicked in ways they never had. I drew lines between my childhood insecurities and my adult failings. All those days I sat down at my desk at 10AM, then blinked and three hours had gone by without progress, were no different from the anguished hours spent taking tests in high school. The embarrassment and sense of disconnect never disappeared, they just morphed.

I was asked questions about my childhood, parents and schooling, followed by a series of “On a scale from one to ten, how much do you relate to this statement?” By the end of my third session, I was staring at a matrix that said I skewed high on the motivated, analytical side of Attention-Deficit/Hyperactivity Disorder, with a strong undercurrent of loss of focus, time and self-discipline.

At 28 years old, I had a diagnosis. I felt relieved and heard. Then, I had to come to terms with the stigma of ADHD.

The responses I feared most when telling others, were the typical ones. It’s not that bad. Don’t act like it’s tough to write about. Life could be worse. Do we even know if that’s a real thing? Maybe you’re just unmotivated.

In moments of self-doubt, I ask myself these same questions. But they are always overpowered by the relief of having a diagnosis. Something that validated what I’d gone through. The symptoms I’d had my whole life, finally had a name.

I’m now two years removed from that first appointment, and those moments of lost time and insecurity are becoming less and less frequent. I look at my current confidence, and remember that not too long ago, I was barely holding it together. At times, my life felt like it was on the verge of collapse.

But even with this newfound balance, my mind occasionally wanders backwards, drifting through all the failed relationships, friendships, and jobs that were hurt along the way. The pieces of my Rubik’s cube that remain worn and damaged, despite my new foundation. It is impossible to let go of “What Ifs” — but you learn to live with them. In the end, I solved the greatest one — what if I don’t get better? I no longer have to wonder what a happy life looks like. I am living it.

Did taking mushrooms cure my mental health? No. What they did do, was remove the barriers I’d built in my mind that kept me from valuing myself. They reminded me that I could only get better if I wanted to. But that if I was willing to try, I had the skills and support I needed to make it.

How we discover deeper parts of ourselves is unique to everyone. It just so happened that my path to accepting professional help started with a psychedelic mushroom trip in Woodstock, New York accompanied by ceiling lizards, flying pyramids, skulls, and now years later — some of my closest friends.